Colleen Renihan, Ben Schnitzer and Julia Brook write for The Conversation on how artists are crucial to the futures we’re imagining beyond the COVID-19 pandemic.

As musicologist Julian Johnson writes in his book Who Needs Classical Music? music facilitates “a relation to an order of things larger than ourselves.” Through music, the self, he writes, “comes to understand itself more fully as a larger, trans-subjective identity.

Read the full feature in The Conversation

“Recognise and strengthen club culture as part of Berlin”

The Berlin Senate of the German capital, has stated that Berlin clubs should be better protected against oppression. In doing so the Senate has declared that clubs should be recognised as cultural sites. This is evident by a government application from the SPD, Left and Greens.

Club culture is a cultural asset which played a major role in shaping social, cultural and economic life in Berlin. Berlin clubs generate billions of dollars in annual revenue for the city, building connections to places and drawing global tourism. Club culture also enriches the cultural landscape of Berlin far beyond the pure “entertainment culture”. They create identity, are open spaces or even shelters for marginalised groups and intervene in urban politics. They make Berlin a city worth living in, with many people from different social and cultural backgrounds with values that stand for diversity and tolerance.

On June 12th, the government factions submitted an application to honour them, but also to protect them. Clubs worthy of protection are those which “have regular game play and a recognised artistic profile, which is characterised by a curated program, music aesthetic standards and a spatial concept,” it says.

According to the application, new building projects in the country should take clubs into account and builders themselves should provide noise protection in case of doubt.

“In addition to the current corona restrictions, these clubs are increasingly threatened in their existence due to competition in use,” states the application paper.

In particular, the rising commercial rents and crowding out by approaching residential buildings are a problem. The parliamentary groups also spoke out in favour of strengthening the country’s noise protection fund and also highlight the international appeal of the program.

The club scene association and the “parliamentary forum for club culture and nightlife”, an association of members of the five parliamentary groups Bündnis 90 / DIE GRÜNEN, SPD, DIE LINKE, FDP and CDU, have been promoting clubs in terms of building law for cultural purposes for a long time to be classified as places of amusement.

“We are very happy about the confirmation of club culture that made the city of Berlin so significant and colourful. We curate our programs as well as opera houses or theatres and are therefore also cultural companies. Densification, advancing housing developments and real estate speculation are a sword of Damocles that we club operators can usually not avert on their own. With its clearly defined mandate to consider clubs as cultural facilities in urban planning in the future and to apply the agent-of-change principle, the Senate is sending a clear signal in the fight against the displacement of our venues. We are particularly pleased about the planned Federal Council initiative, in which Berlin will campaign for a reform of the Building Usage Ordinance and for the recognition of clubs at the federal level. “

Last week, AccorHotels Arena in the French capital of Paris hosted its first big crowd since the country went on lockdown in March.

On two nights, June 18-19, the team around general manager Nicolas Dupeux welcomed 1,000 and 2,000 guests, respectively. They had managed to get their hands on free tickets for a TV production that was recorded at the arena as part of the annual Fête de la Musique celebrations.

Read the full article in Pollstar

Nyshka Chandran writes for Resident Advisor on how it’s time to get yourself acquainted with resident DJ’s.

The pandemic has devastated nightlife across the globe but as the sector recovers in parts of East Asia, a healthier ecosystem is poised to emerge.Across East Asia’s dance music communities, it’s no secret that overseas artists draw a bigger crowd than regular club nights. Organizers strive to balance the ratio of international and local artists at events, but the average clubber is more likely to buy a ticket if a popular European or American name is playing. COVID-19 could change this dynamic.

After a year of hard work and close collaboration we are excited to share the official report of The Creative Footprint (CFP), Tokyo edition. CFP is a sociocultural initiative which maps and indexes creative space to measure the impact of nightlife and cultural activity on cities.

The CFP Tokyo report has been completed at a crucial time in the development of Tokyo’s nighttime industry. With the survey conducted during 2019, the resulting study can now provide a point of comparison in understanding and measuring the impact of the global pandemic on the strength and potential of Tokyo’s cultural activity after dark.

The study also includes detailed recommendations to support and enrich this cultural activity, the implementation of which will prove more important than ever during the coming months and years of recovery.

Nighttime industries worldwide are in a particularly vulnerable position due to COVID-19 measures; with so many businesses unable to reopen, many of the ‘creative spaces’ that CFP seeks to document are at risk of disappearing for good. Detailed surveys of these spaces are an essential first step in developing plans for their recovery, and ongoing survival.

As many global cities embark on a process of cautious reopening, there is a unique opportunity for a ‘reset’ in thinking and tactics of both governments and nighttime industry stakeholders. With initiatives like Creative Footprint Tokyo, and The Global Nighttime Recovery Plan, Vibelab hopes to empower cities to seize this opportunity, and ensure the survival and growth of their nighttime industries and creative cultures.

Please download the study by signing up here (pdf, 14,9 MB)

Chal Ravens writes for The Guardian about the virtues of Bandcamp.

After speaking to Founder Ethan Diamond, the ” CEO of Bandcamp about what it means to put artists before listeners, and how Bandcamp became the rarest of Silicon Valley stories; a slow burn success.

“They waive their fees, raise cash for Juneteenth and champion everything from vapourware to eco-grime.

‘Artists have to come first’ … Ethan Diamond, founder of Bandcamp.

“A lot of independent labels waived their fees as well. Some gave to food banks and other organisations. Those labels aren’t big corporations … that was amazing to see”

Read the full article in the Guardian

In some countries, clubs are cautiously reopening. In others, people are hitting up illegal raves. Gabriel Szatan explores what the dance music landscape will look like in the immediate aftermath of coronavirus.

“Everywhere you look, clubland is thawing and green shoots of recovery are sprouting.”

Der Tage Spiegel reports on how illegal raves have been springing up in parks and on the water ways in Berlin due to clubs remaining closed for the foreseeable future. Berlin’s ClubCommission have been working on ways to communicate with the Berlin municipality in order to legalise and tolerate events.

“Illegal events and the boat demo would have stigmatised the scene. “We need good examples,” says the district mayor.

At The Berlin Club Commission, Ilya Minaev has been dealing with free open-air events for years.

Last year, the Club Commission launched a pilot project on an industrial wasteland in the Haselhorst district of Spandau. There were legal celebrations there on 40 evenings and nights in 2019 – without complaints, without problems.

This year they wanted to extend the project to the Spreepark in Treptow, the authorities had already given the green light, but then Corona came. Now Minaev hopes that the party scene will soon be provided with new space. Minaev also pleads for events with DJs, amplified, electronic music and possibly also light shows to take place outdoors.  So far, there have only been discussions in Pankow, but green spaces are out of the question because of their desolate condition.  Instead, spaces or fallow land are conceivable.”

Lists have already been created internally for legal raves that are intended to guarantee social and ecological sustainability.These have now been expanded to include recommendations on protection against infection.

Read the full article (In German) in Der Tage Spiegel 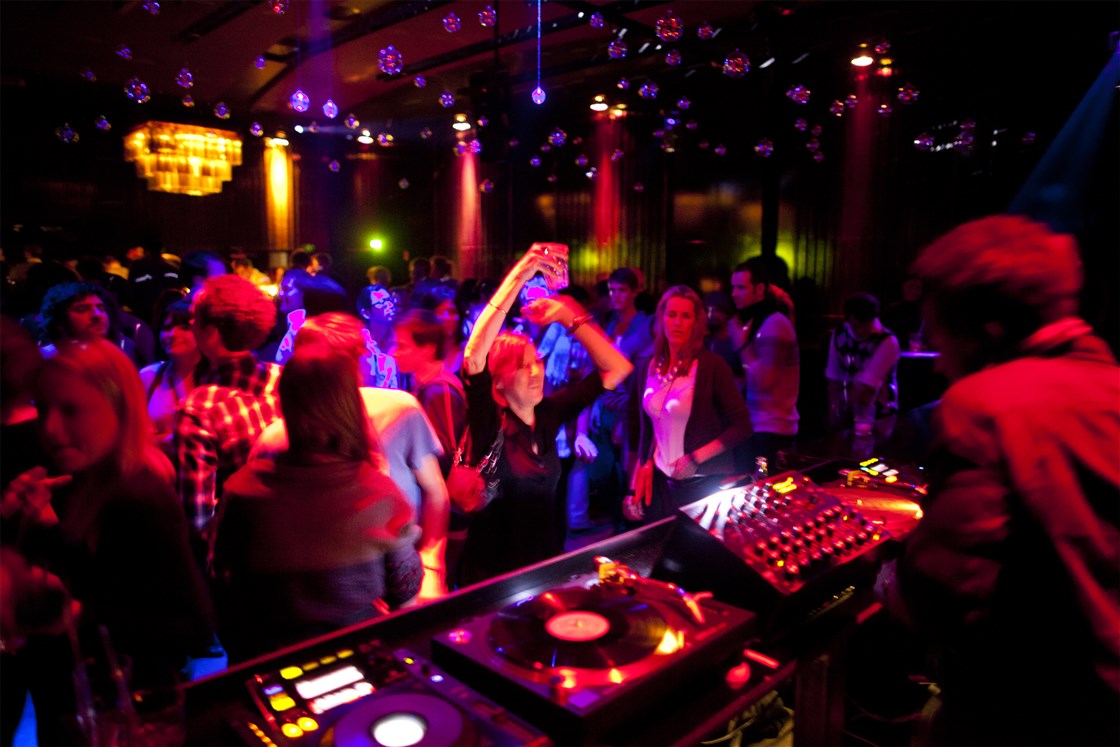 “The signals we get from the experts are that the club culture is not possible until there is a vaccine,” said Lutz Leichsenring.

While some parts of the country’s economy are starting to emerge from the lockdown, Berlin’s vibrant club scene is facing perhaps the biggest challenge in its history, with no clear answers on when it might resume.

“The signals we get from the experts are that the club culture is not possible until there is a vaccine,” Lutz Leichsenring, spokesman for a commission representing 300 clubs in Berlin, said.

He said the situation is “devastating” for the industry, which was already struggling with gentrification and rising real estate prices.

Many of the 9,000 people employed in the city’s clubs have been left without work. And for the owners, costs are still accumulating even as the revenue has completely dried up.

The state government has scrapped a long-standing freeze on new liquor licences for pubs, clubs and bottle shops in Sydney’s CBD and Kings Cross, in a push to reinvigorate the city’s night-time economy once COVID-19 restrictions are lifted.

The changes, which take effect on December 1, mean venues will be able to apply to open without having to purchase a liquor licence from an existing venue, which had created a competitive and expensive market for licences.

In Kings Cross and some parts of the CBD, the freeze had been in place for 11 years. As part of the 2014 lockout laws it was extended across the whole CBD.

Read more about it here